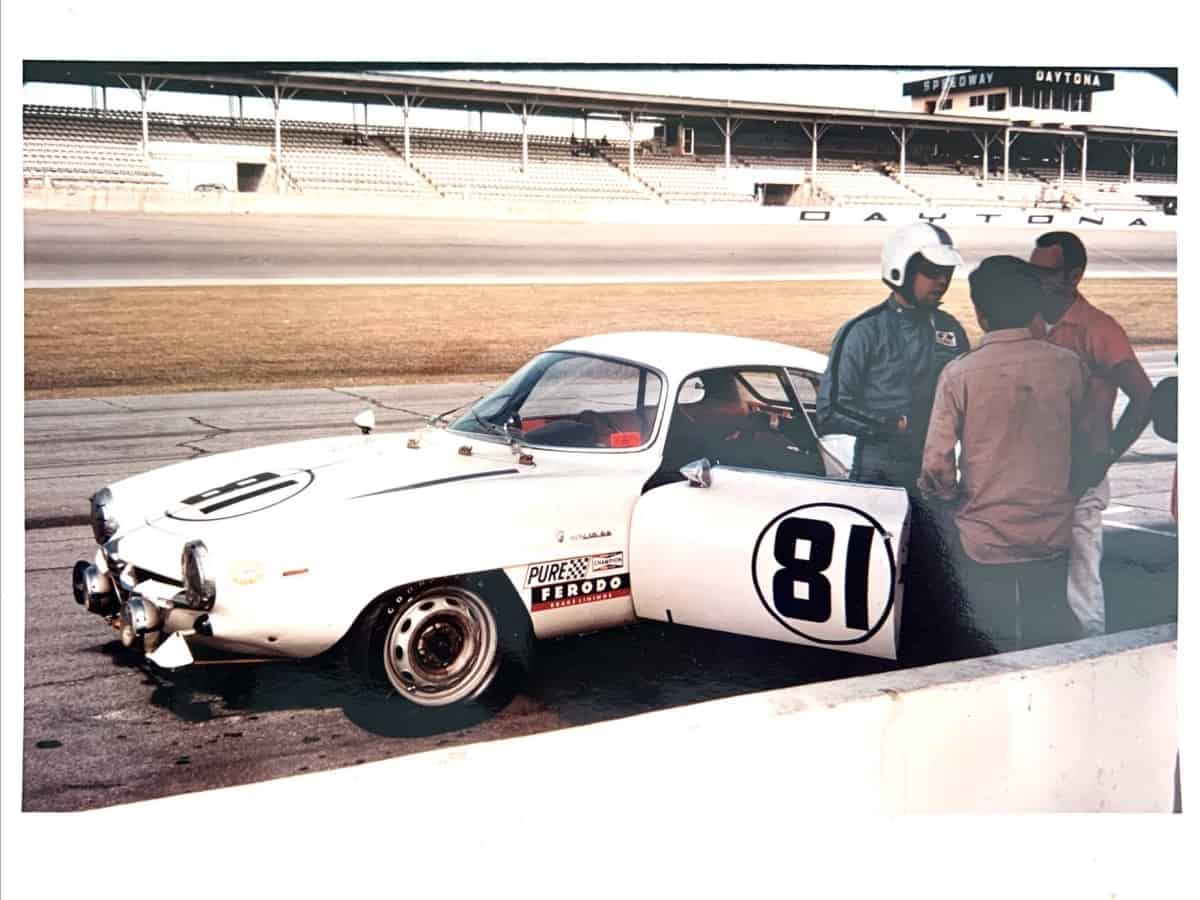 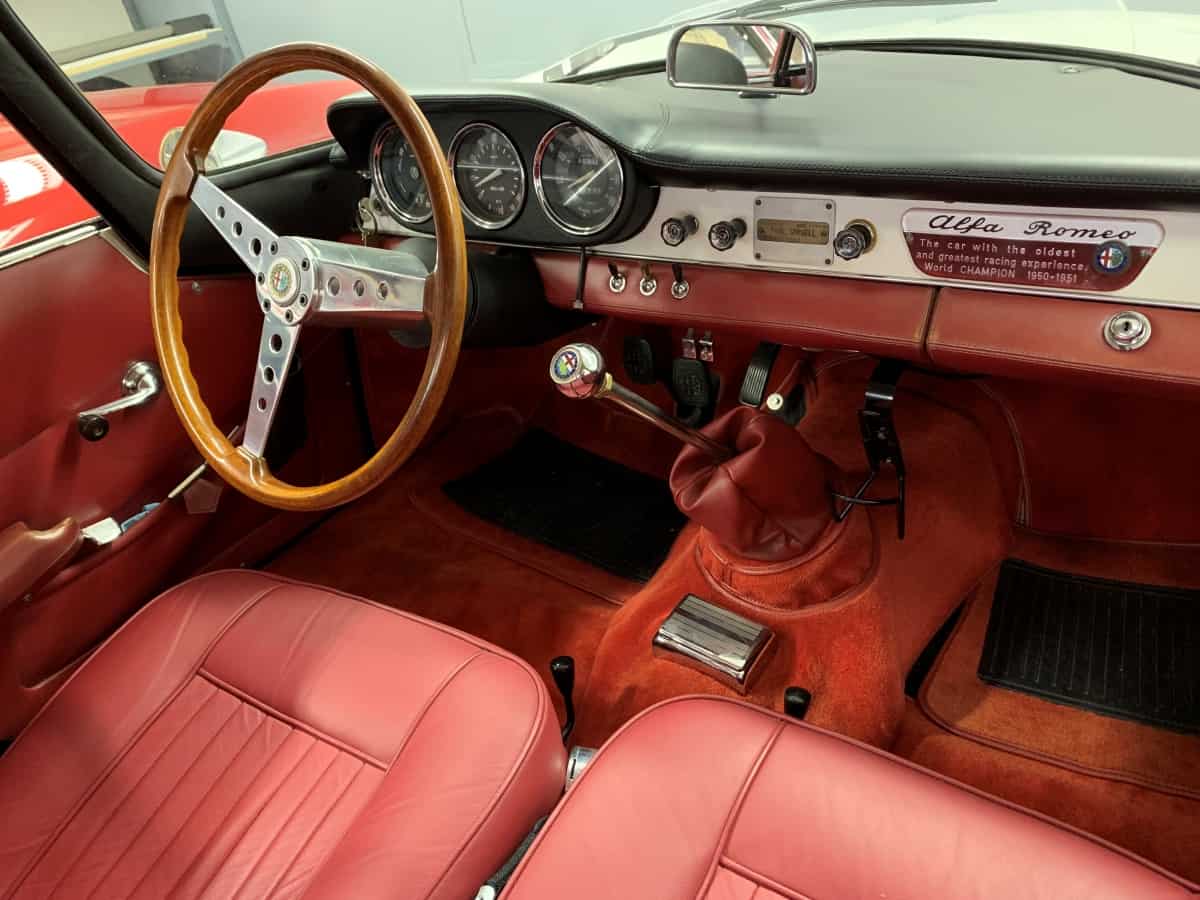 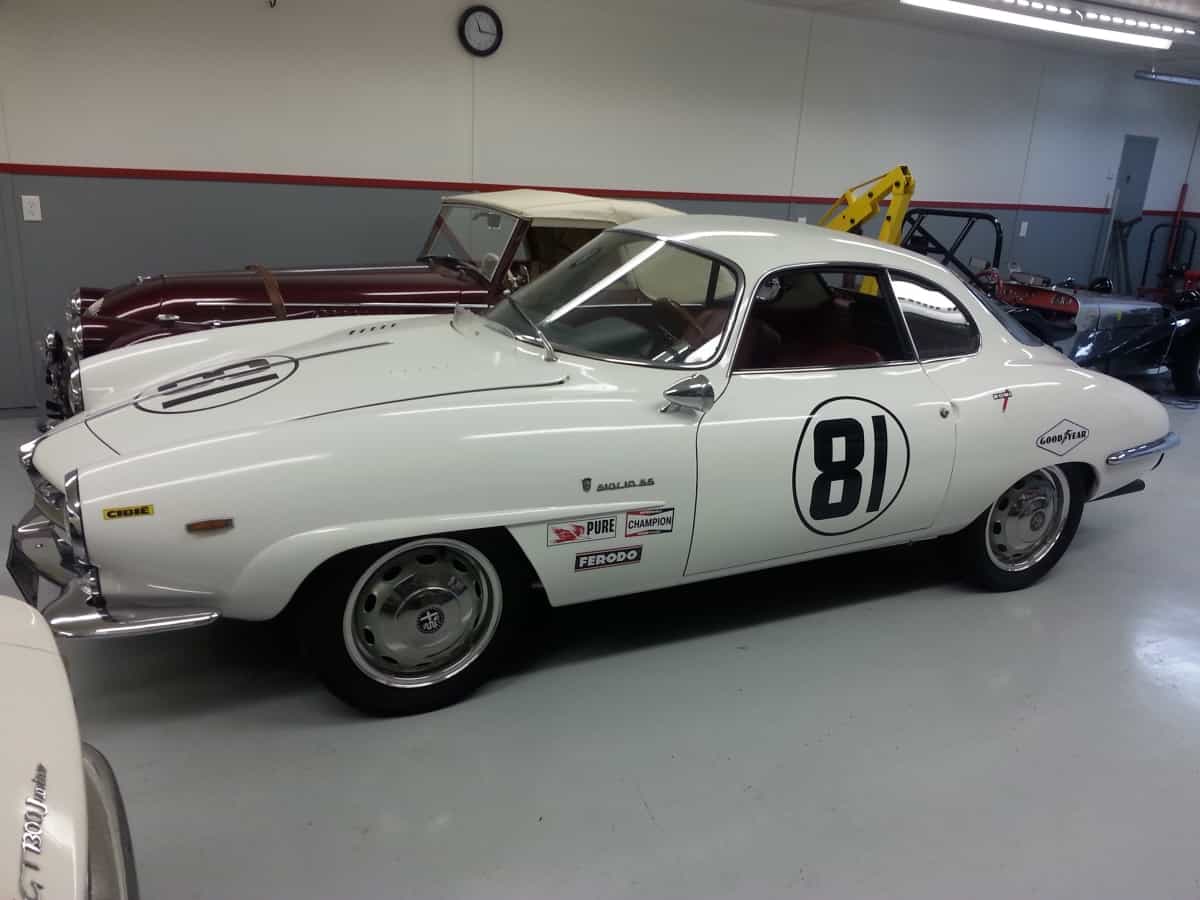 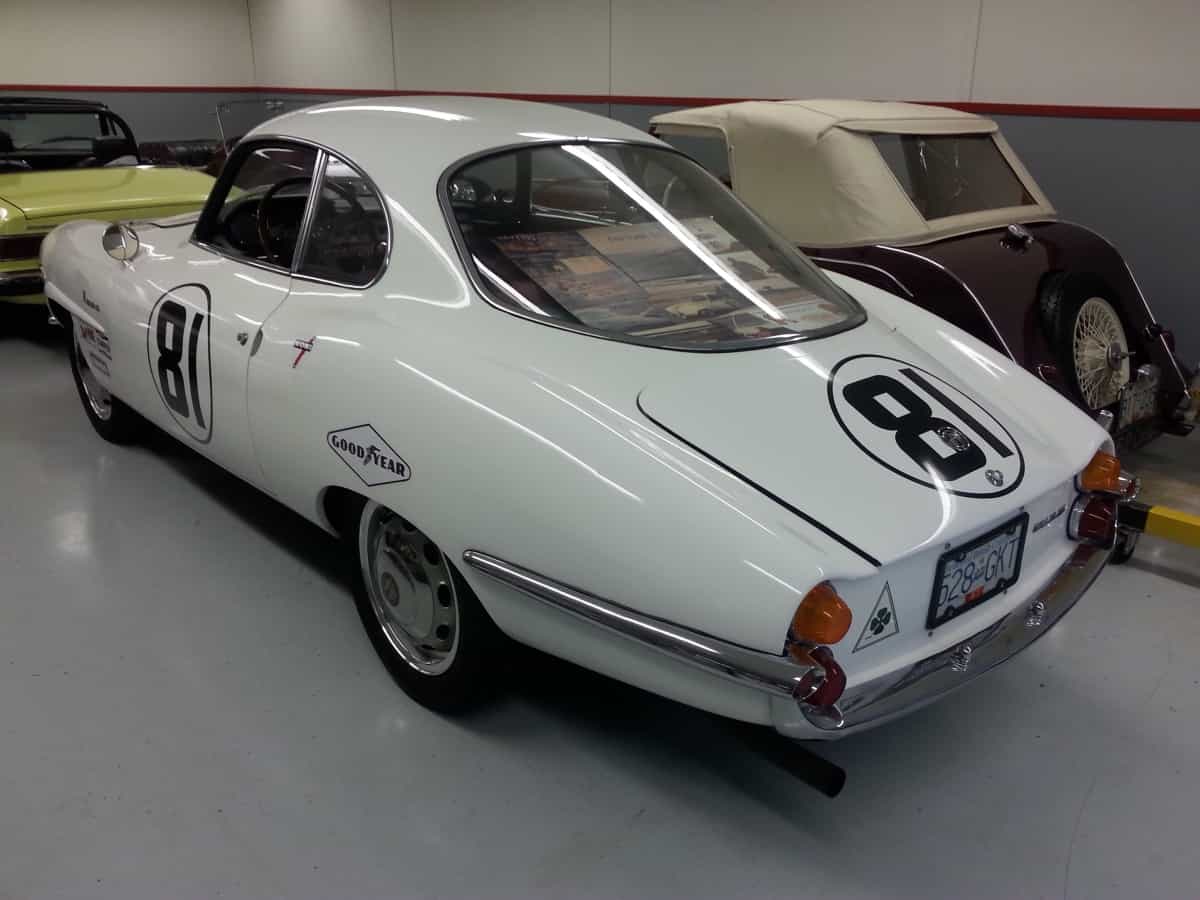 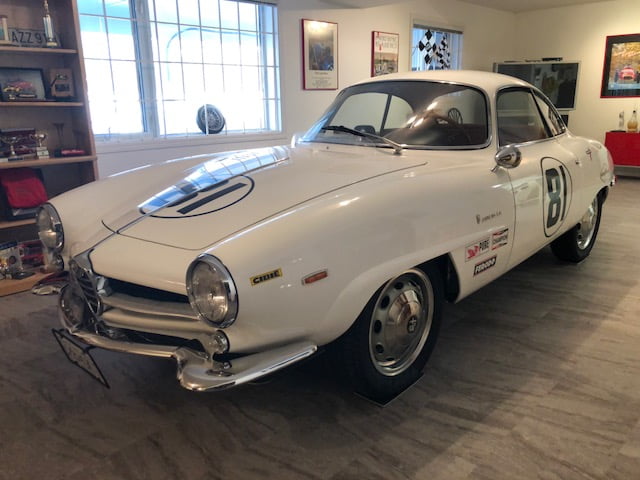 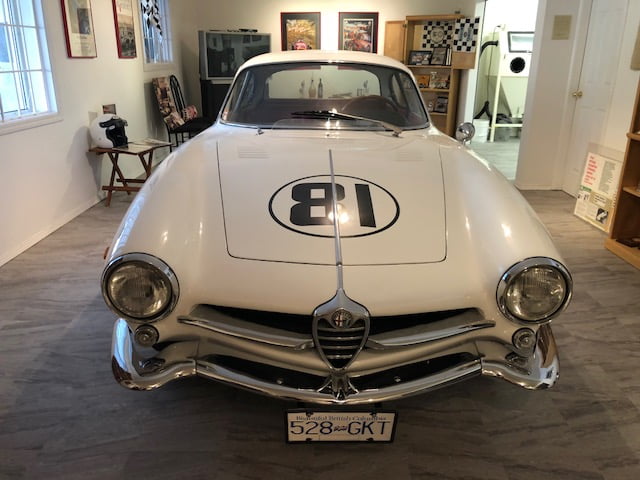 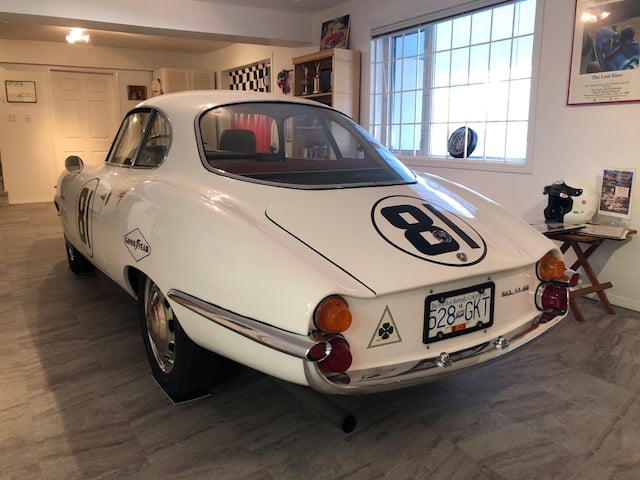 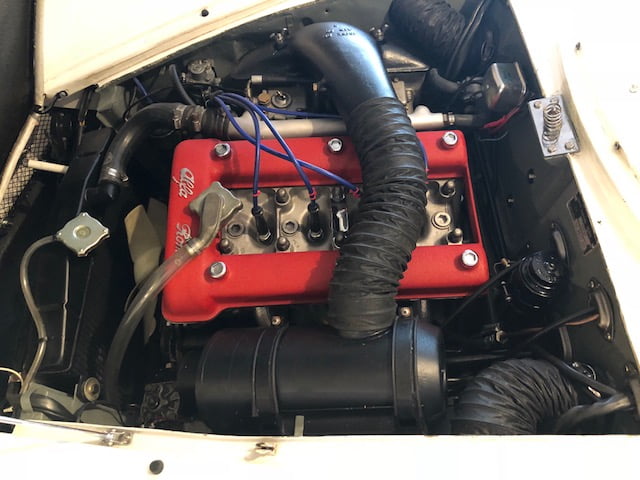 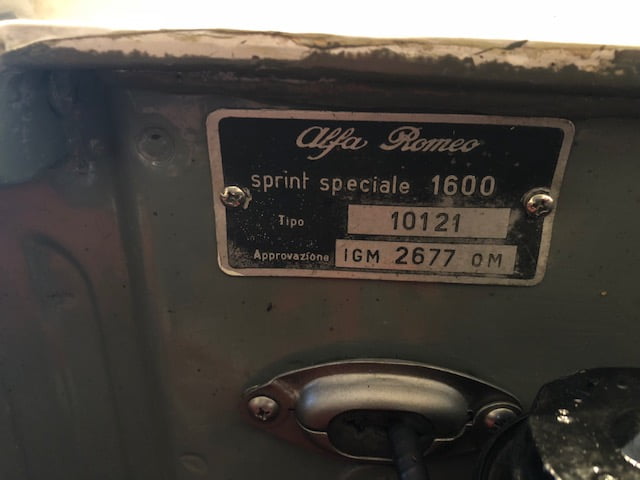 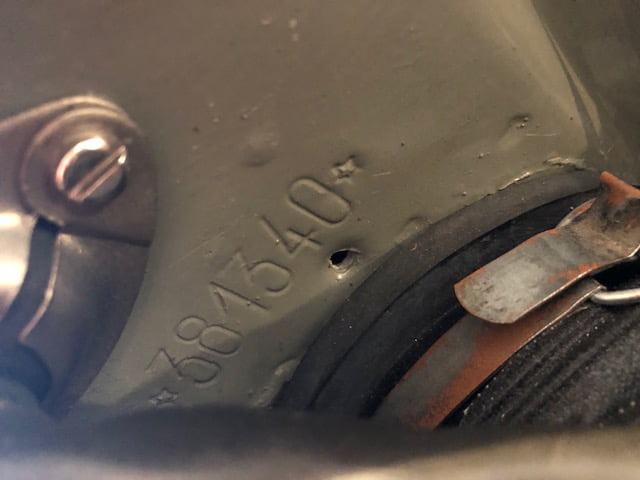 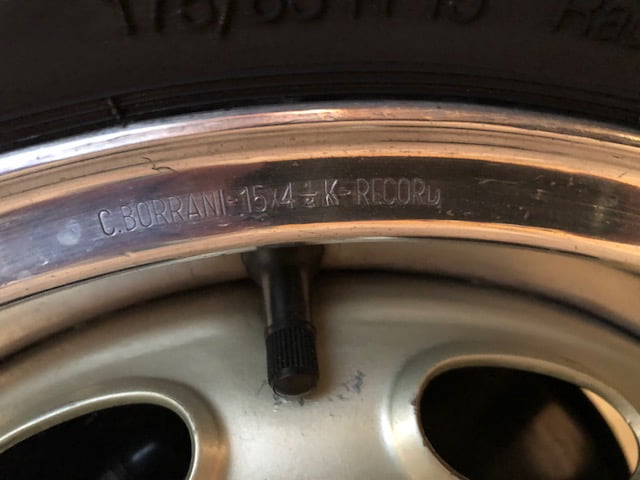 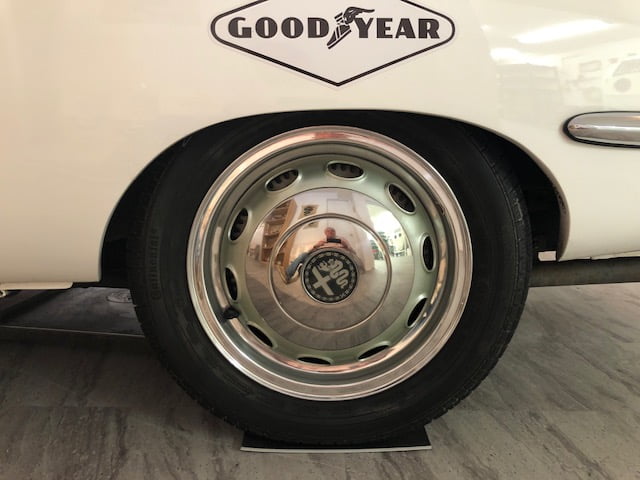 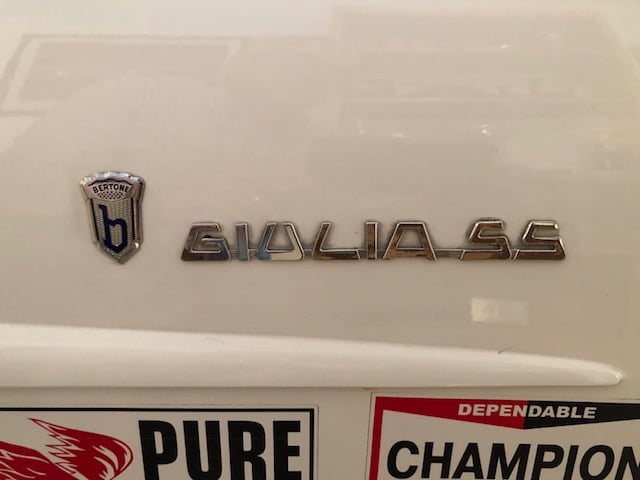 The Sprint Speciale (SS) was introduced in mid-1963 and with a 1600cc engine & front disc brakes it was a dramatic improvement over its 1300cc predecessor. In fact at the time it was the fastest series produced road car Alfa had ever built!

This car’s unique history begins with its purchase by Toly Arutunoff (private owner) in 1969 from a used car dealership in Nashville,Tennessee for the specific purpose of racing in the 1969 “24 HOURS of DAYTONA.”

With minimal prep. and co-driven by Joe Marina and Bill Pryor, the car completed the full distance with no major issues to finish 25th overall and third in class. That’s an impressive 451 laps at mostly 7000 r.p.m. with a top speed of 125 mph. The large capacity gas tank allowed for longer sessions and less pit stops. A minor refresh of both engine and transmission followed the race as well as removal of the driving lights and the roll bar (both of which were retained and included with the car).

All details recently confirmed by a conversation with Toly. He also dedicated some of his book One Off to his time with the SS. As confirmed by a plaque on the dash and extensive invoices & notes, the car was restored by noted Atlanta area Alfa Specialist Paul Spruell in the mid-nineties. The presence of a couple of log books from around the same time indicated use in some vintage races. NOTE: We are still working on the ownership chain during this time period.

The SS was acquired by the current owners in 2004 after it had been on display in the NATMUS Museum in Auburn Indiana for a number of years. They have enjoyed their time with the car including a 2,000 mile road trip to the 2013 Alfa Club National Convention. They also took the time and effort to have all the original graphics put back on the car as it raced in 1969.

This iconic beautiful Alfa with its unique styling and fascinating history is ready for immediate enjoyment on the road!

Be Notified of New Arrivals